by Ciaran HattarMay 07 News from the Peninsula

Cinco de Mayo, or the fifth of May, is a holiday that celebrates the date of the Mexican army’s May 5, 1862 unlikely victory over France at the Battle of Puebla during the Franco-Mexican War. While it is a relatively minor holiday in Mexico, (except for in the Mexican state of Puebla) in the United States, Cinco de Mayo has evolved into a broad commemoration of Mexican culture and heritage, particularly in areas with large Mexican-American populations.

In the United States, Cinco de Mayo is a celebration of Mexican culture and heritage. Chicano activists raised awareness of the holiday in the 1960s, in part because they identified with the victory of indigenous Mexicans over European invaders during the Battle of Puebla. Today, in Puebla revelers mark the occasion with a battle reenactment, parade, mariachi music, and fireworks, piñatas and traditional foods such as tacos and mole poblano. In the US, some of the largest festivals are held in Los Angeles, Chicago, and Houston. Americans often confuse cinco de Mayo with Mexican Independence Day which is on September 16th. However, it is in fact about the resilience and strength of the Mexican indigenous people, against what seemed to be insurmountable odds against foreign invaders.

Cinco De Mayo has firmly planted its roots in American traditions. It is a very popular date in the sports world too with some of the largest boxing events taking place over the Cinco De Mayo Weekend, such as The Floyd Mayweather - Manny Pacquiao fight in 2015, Mayweather - Oscar De La Hoya bout in 2005, and Manny Pacquiao - Richard Hatton fight in 2009. These three fights are among the top 10 highest-grossing fights in Las Vegas history.

Be sure to check out our blog where we have also posted an awesome recipe for Cinco De Mayo! 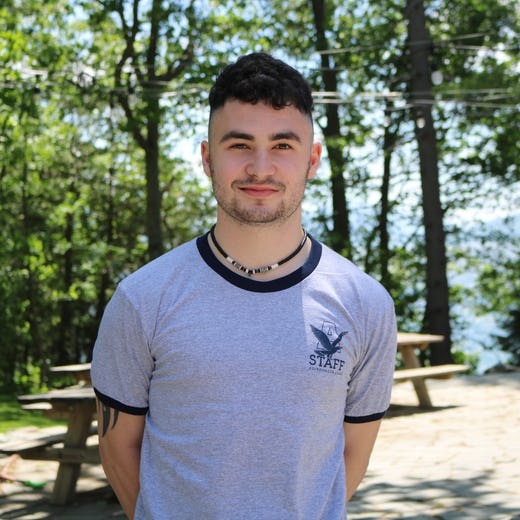 Ciaran’s first summer at Adirondack Camp was in 2018. Ciaran worked as part of the athletics staff during his first two summers and loved every second of it. Ciaran is excited to work his first summer as the Assistant Head of Land Sports and all the new challenges it will bring. Ciaran loves listening to music and enjoys making random playlists in his spare time.