by Shawn January 31 News from the Peninsula

Lunar New Year is an important event celebrated, often over days, for families to spend time together and herald good fortune for the coming year. The Lunar New Year, most frequently known as Chinese New Year, is also celebrated by people from many different Asian cultures, and traditions around the holiday vary.

Overall, it is an opportunity for a fresh start and to put the not-so-good things of the past year in the past. For Chinese, on the New Year, it is customary to light firecrackers and celebrate with the color red (a color of happiness believed to ward off evil) and make offerings to one’s ancestors. Often on New Year’s eve, kids receive lucky red envelopes filled with money.

Dumplings are considered a lucky food (the more pleats the better) to eat to celebrate the New Year. Yum! Other traditions may include serving two whole fish and saving one for later to represent surplus in the new year, and enjoying spring rolls, which look a little like gold bars and symbolize prosperity.

Are you a tiger? 2022 is the year of not only the tiger, but the water tiger which occurs only every 60 years.

The Tiger is known as the “king” of all animals in Chinese mythology and culture. The tiger is a symbol of strength and bravery and is also by many considered uplifting.

So enjoy the festivities and let’s look forward to a happier, healthier and more prosperous 2022! 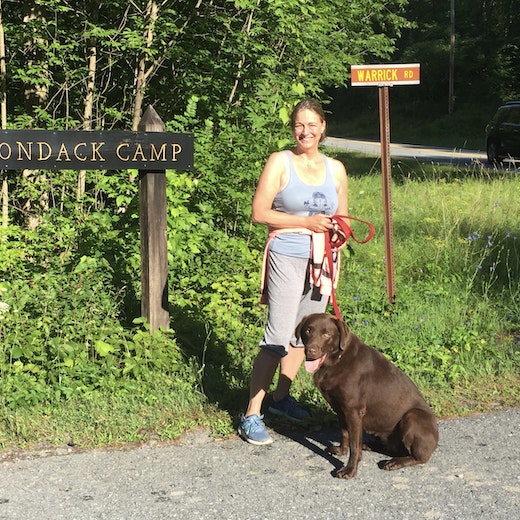 Shawn is a second generation Adirondackee, parent, and now ADK’s active owner. Her parents bought Adirondack Camp in 1979 and she is proud that she is the reason Camp became coed in 1980. Shawn left her international energy consulting gig to join the ADK team full time in 2015. Shawn loves to hear the sounds of laughter rippling across the peninsual in the summer. She is an avid reader, traveler and baker (pumpkin muffins are her favorite). When she is not on the peninsula, Shawn lives in Manchester-by-the-Sea, MA with her husband Kevin,their children Zan, Arion and Amy, chocolate lab Moka and their two sweet felines, Olive and Curry.